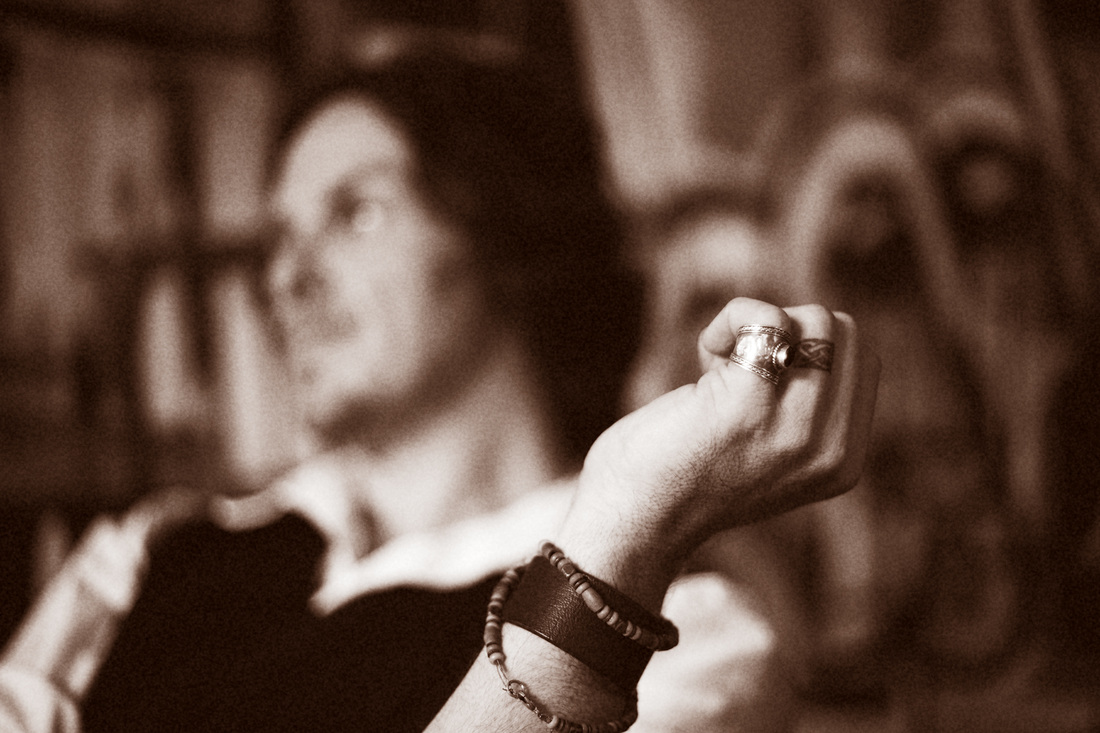 All songwriters have places that they draw inspiration from, whether it be internal or external. It can be a memory, a special chair, poetry, a muse, a lover, history or the nightly news. Whatever it is, it helps to form the emotional core from which their most personal journeys depart. For Terravada singer/guitarist Ryan Muddiman, his rhythm section fills this need.

"We like to berate him at rehearsal and keep him depressed so he'll keep writing that good, tortured music," says drummer Jason Palm. He's joking, of course, but whatever method the trio is using to conjure their soulful tunes, they should stick to it.

Terravada's sound is inexorably linked to Muddiman's evocative playing, a mixture of soulful strumming punctuated with stream-of-consciousness rhythmic shifts. His vocals seem to affect him in waves, switching from a whisper to a howl without warning. Almost reminiscent of Jeff Buckley's power and range only with more grit, it's a style that rewards repeated listening.

"It doesn't rely on formulas and hooks, so it takes a few times hearing it," explains Muddiman. When the band played the "Rock for the Red" Hurricane Katrina relief benefit show at the University of Cincinnati recently, the more straightforward Pop acts had a few people dancing. When Terravada began playing, the crowd swelled in size but ceased to move. "They were just standing and listening, which I took as a compliment."

The sonic serpentining would buck a lot of players, but Palm and bassist Dave Kruse have the experience to hang on and elevate the music. Palm's strength is in Rock fundamentals, which he has kept honed since his days in local band Stain. Kruse is something of a journeyman whose largest success to date was in the band Arms of the Sun in Tempe, Ariz. Back in Cincinnati for four years, he's been through a number of gigs, including Jam Rock act Element. If nothing else, both musicians should be glad to be in a band with an uncommon name.

"Yeah, it got confusing," agrees Kruse. "There was Element, Element I, Element H -- people mixed us up constantly."

Terravada is an intentional misspelling of Theravada, a form of Buddhism. Muddiman points out that there are multiple meanings in the misspelling. For instance, Vada is Sanskrit for "a way of debate," and, of course, Terra means "earth" in Latin.

"At least we won't be confused with 'Terravada I,' " cracks Palm.

Palm and Kruse were added in succession, but both had only Muddiman's solo acoustic demos to build on. As a result, their parts are dense and boisterous. Since coalescing as a trio about a year ago, the three-way theatrics and interplay have morphed into part of the band's charm.

Once Kruse came on board, he began booking aggressively, giving the band exposure and access to a wide network of other groups. They put this to good use with their latest project, the Indie Media Fest, a benefit show to draw attention to non-beholden news outlets. This show will include exhibits and information from Democracy Now!, Media Bridges, WAIF and others, and the proceeds will go to various indie media providers. The band feels that access to these kinds of resources is crucial, particularly in a time of increased partisanship and domination of corporate-sponsored "newsertainment."

Muddiman sums it up: "They're fed. We'd like this to become a regular thing, maybe an annual event."